Best played in Chrome, or scroll down for the Desktop Builds...

Like what we're doing? Checkout our flagship game SKIPCHASER!

As the ultimate Boxing Surgeon, get your boxers fight ready by fixing every life threatening ailment they may (or may not) have and shoving them back in the ring! 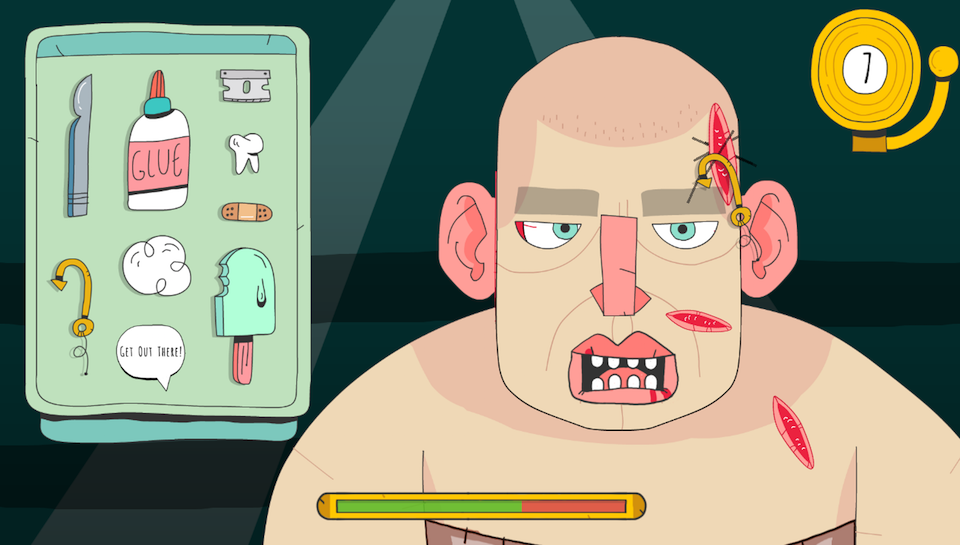 Prepare them to go round after round by shouting words of encouragement from the ring-side! 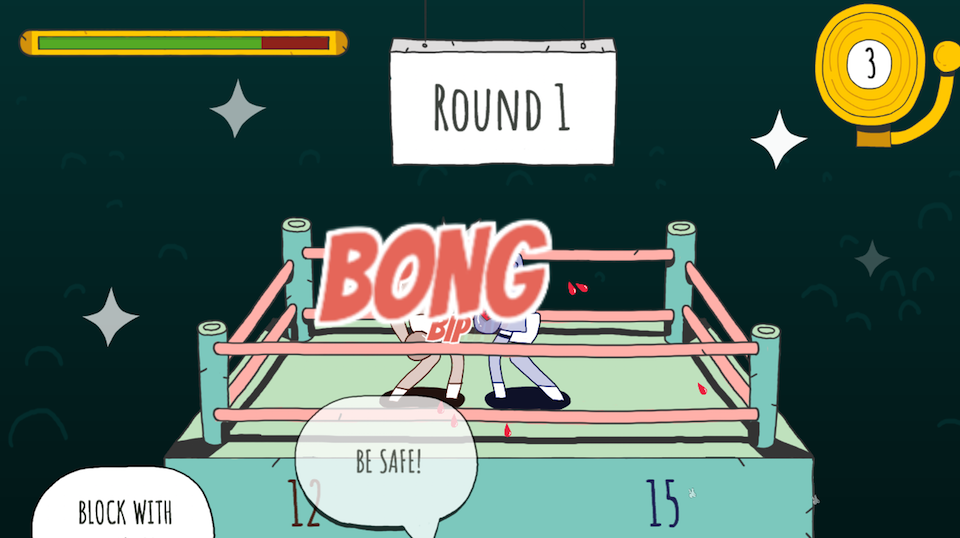 Only with your help will they be victorious!

different , but the boxing match is boring but i like the healing part

Thanks! We have an update for it that we need to get ported over to itch...

Haha what a crazy game!!! We enjoyed it very much. A 2 player mode would be funny as hell.

Here is a short video we made while playing:

Keep up the good work!
Reply
Ponywolf2 years ago

Man! this was a fun and interesting game and difficult to i've only managed to make it to round 12 in this game it also made me laugh how beat up your boxer can get before dying i also made  a video of me playing this game so i hope you like it i give this game a 5/5

Thanks! We will give it a watch.

I am surprised at how fun this is. I watched Jacksepticeye play it and did better than him.

Thanks! He pushed a bunch of people to the game.,..

Hey, I really enjoyed playing this game, the artstyle is amazing. I like that you are like his coach coming back and forth. Because you can't do anything while he is boxng, but support him by cheering him up. Then comes your part to take care of him. I didn't go that far, but maybe it would be cool to add levels or championships. It's just my thought, still I like it the wya it is right now. Made a video of it btw.

Man, this is one of the best games I have played on this site. So fun and it is really creative. Keep it up!

I love this game! It's so catching!!

Like everyone else I'm just...I'm just so bad at this game. But I had a lot of fun! I've played a lot of Trauma Center in my day, so the concept was easy enough to pick up. I think my primary complaint was that what you were meant to use on what wasn't obvious, and there wasn't adequate time for trial and error. I managed to get most of it right about 10 rounds, but the first few were a bit frustrating.
The click interactions weren't all responsive either, especially trying to click the bandaid. As through the actual cursor anchor were either inconsistent or just weird.

With it being a jam game, though, I totally expect those sorts of things.

I REALLY had fun playing though, and I had a hard time stopping. It's very addictive and impressive for the amount of time it was built in.

Thanks for the feedback! We're working on some updates that will make it more accessible...

Reply
Pixels and Pins2 years ago

I really want to emphasize that I really had a lot of fun playing and it was goofy and fun. I feel I didn't do that enough before.....

It's all good. We watched and laughed, and watched some more.

Loved the game even though I suck at it haha, Having been a Combat Medic in the Army I thought I should have been better....skills just didn't transfer :)

I played both versions of the game and I have to say, the highlighting of the motivating phrases really helped me to get a better understanding of the gameplay, that was a really good change. :) But even the 'normal' jam version was hilarious and I had a great time to figure out how to 'heal' each wound! The art style was very fitting as well. :D Overall, a great little submission to the Ludum Dare 41, and gladly I recommended your game in one of our compilation articles about the jam along with two other nice entries. :) Of course it's featured in the related video as well. Good luck with the ratings! <3

Wrote a review about your game to let our fans know. It was worth it.

Awesome. Thanks so much... We tweeted a link!

rip im terrible at being a cutman